Alex Brink is a quarterback and has played on American and Canadian football teams. He attended high school in Eugene, Oregon, where he lettered in three sports. The sports were football, baseball and basketball. He was named Oregon Player of the Year when he was a senior. He played football for Washington State University. By the time he left, he held many school records. During the 2008 NFL draft, he was picked in the seventh round by the Houston Texans. Next, he signed with the Winnipeg Blue Bombers in 2010. In 2013, he moved on to the Toronto Argonauts. He then signed with the Montreal Alouettes in late 2013. He has a Wonderlic test score of 27. 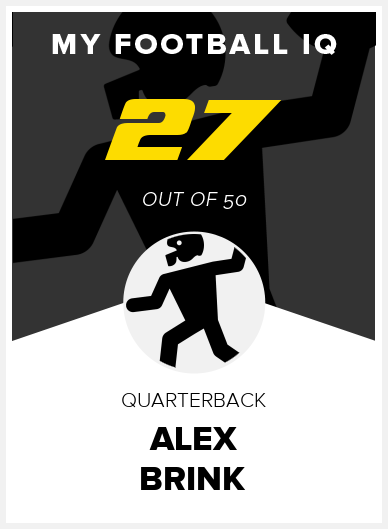