The Wonderlic Test is a problem-solving aptitude test given to many professionals. Most NFL players are also given the Wonderlic test before they are drafted into the pros. Former Tennessee Titan quarterback Steve McNair's Wonderlic Test score was 15. McNair was drafted out of Alcorn State in 1995 by the Houston Oilers. He set many Southwest Athletic Conference records as a quarterback and was third in the Heisman Trophy voting. On July 5, 2009, McNair and his mistress were found dead in his Nashville condo. Investigators ruled it a murder-suicide. 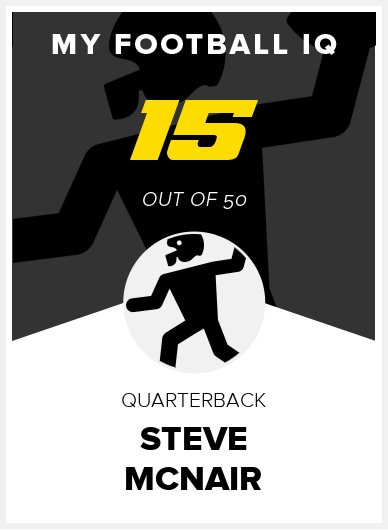