Pete Kendall is a former professional football player with a Wonderlic Test Score of 41. Kendall was born on July 9, 1973 in Quincy, Massachusetts. He attended Archbishop Williams High School where he played high school football. After high school Kendall played college football at Boston College in Massachusetts. During his time at Boston College Kendall was twice named as an all-Big East Conference player. In 1996 Kendall entered the National Football League Draft. He was drafted by the Seattle Seahawks as the 21st overall pick. After a few seasons with the Seahawks, Kendall played professional football for the Arizona Cardinals, the New York Jets, and the Washington Redskins. 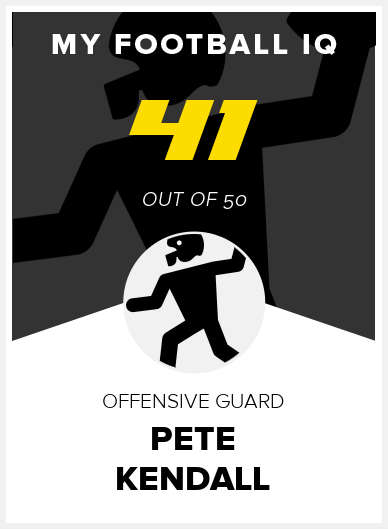