Josh Brown is a kicker entering his 14th season in the National Football League, currently playing for the New York Giants. The kicker has played for four different teams, and was drafted in the 7th round with the 222nd pick by the Seattle Seahawks back in 2003. Brown has had a very successful career as a kicker in the league, playing in 196 out of a possible 208 games, and converting 308 field goals and 429 extra point attempts. His success rate is particularly high for kickers, converting nearly 84% of his field goals, and has only missed 3 extra points throughout his career. These numbers go against the Wonderlic Test Score, only scoring a 15 out of 50. 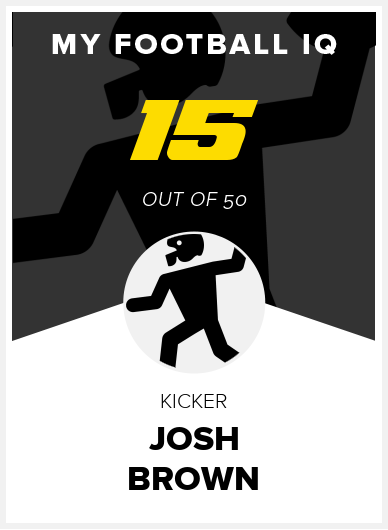