With a Wonderlic test score of 36, it is no wonder that Jason Gasrrett became head coach of the Dallas Cowboys after his playing career was over. Garrett played at Princeton as a quarterback and signed as a free agent with the New Orleans Saints in 1989. He played for a multitude of teams over the years including the Dallas Cowboys, the New York Giants, the Tampa Bay Buccaneers, and the Miami Dolphins. He also had short stints in the World League of American Football and the Canadian Football League. 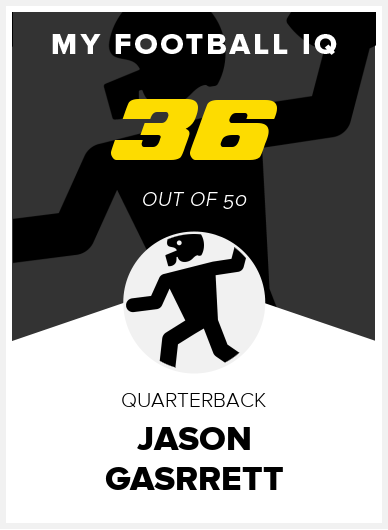