Matt Flynn has been a journeyman quarterback for much of his NFL career, which began in 2008. That year, the Green Bay Packers drafted Flynn from Louisiana Tech in the seventh round of the NFL draft. After three seasons with the Packers, Flynn became a free agent. In the several years that followed, Flynn was on a new team's roster each year, including a return stint in Green Bay. When one considers Matt Flynn's Wonderlic Test Score of 38, it is no wonder that this quarterback has repeatedly been able to find a place on pro teams' rosters. 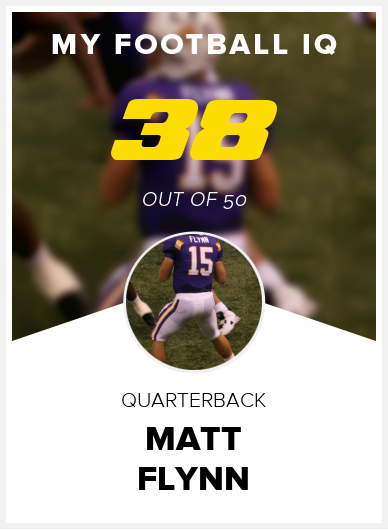