After a great high school career at Roosevelt in Washington state, Hugh Millen went on to play quarterback as a walk-on player at the University of Washington. While there, he helped UW to the top two of the national rankings. When Millen was drafted by the Los Angeles Rams in 1986, his Wonderlic Test Score was 41. His two-year tenure with the Rams was marred by injuries. He made the official roster of five NFL teams during his ten-season career. In 1996, Millen left the NFL and successfully pursued a role as a football analyst for radio stations in Washington. 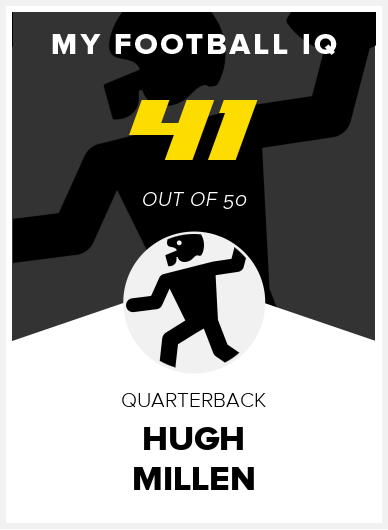