Aaron Colvin a a defensive back that currently plays for the Jacksonville Jaguars in the NFL. Colvin was a standout player in college football when he played for the University of Oklahoma. After finishing his college career, Colvin declared for the NFL draft and did very well at the NFL combine, which attracted pro scouts due to his speed and Wonderlic test score of 25.

Since being drafted by the Jaguars, Colvin has continued to be a productive player in the NFL. He has started many games for the Jaguars and has recorded over 100 tackles during his first two years in the NFL. His best play of his career came when he scored on a 41-yard fumble return against the New York Giants. 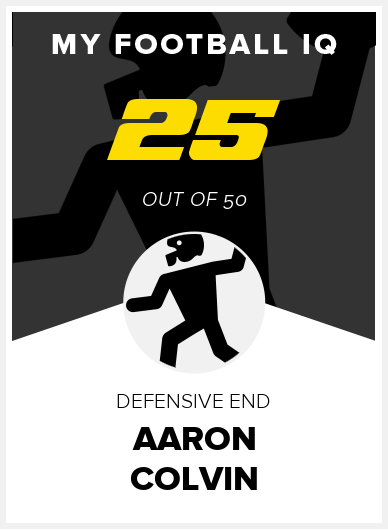