Rich Gannon was an NFL Quarterback for the Kansas City Chiefs and Oakland Raiders and is now an NFL Commentator for CBS. Gannon had a Wonderlic Test Score of 27. After struggling early in his career, Gannon became a highly successful quarterback later in his career and quarterbacked the Raiders to the Super Bowl in 2002. Gannon was fortunate enough to play with two high quality Hall Of Fame Receivers later in his career in Tim Brown and the incomparable Jerry Rice. 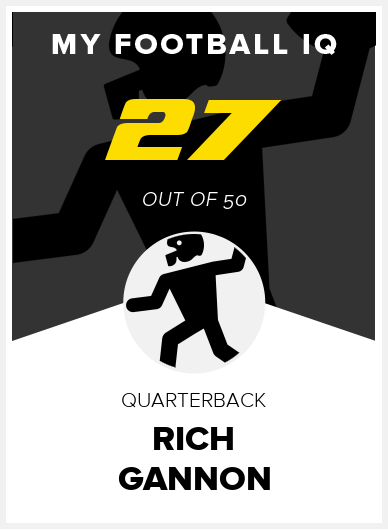