Zach Mettenberger has been a quarterback for the Tennessee Titans since 2014 and has an admirable Wonderlic Test Score of 30. Zach played college football for the University of Georgia and won the Independence Bowl in 2009 but was kicked off the team when he pled guilty to two misdemeanor sexual battery charges. He transferred to Butler Community College where he led his team to win the JUCO National Championship. After one year at Butler, he transferred to LSU where his team went on to become SEC Champions in 2011 and win the Outback Bowl in 2014. Unfortunately for Mettenberger, he failed to win any of the six games that he started in the 2014 season with the Titans. 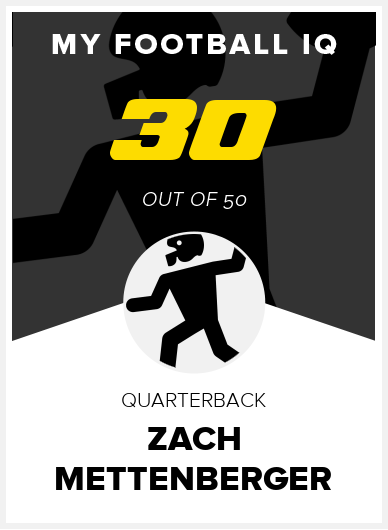