Zach Martin was drafted by the Dallas Cowboys in 2014 after a successful career at Notre Dame. His Wonderlic Test Score was a 27 showing that he has above average intelligence when compared to many other football players. With the Cowboys, Zach played right guard. He was only one of four rookies to be named to the 2014 Pro Bowl. A year later, he was once again named to the Pro Bowl. He also became the first offensive lineman to be named to the AP Pro Bowl since 1947. 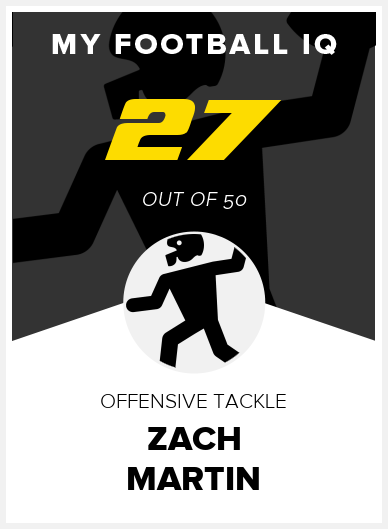