Before Willie Anderson was a star with the Cincinnati Bengals for 12 seasons, he was one of the big men on campus at Auburn University. An offensive tackle from Mobile, AL, Anderson made the most of his football opportunities. Entering the NFL with a Wonderlic Test Score of 14, Anderson went on to play 13 seasons in the league, and he earned Pro Bowl honors in four straight seasons from 2003 through 2006. During his career as an offensive tackle in the NFL, Anderson played in 195 games and started 184. 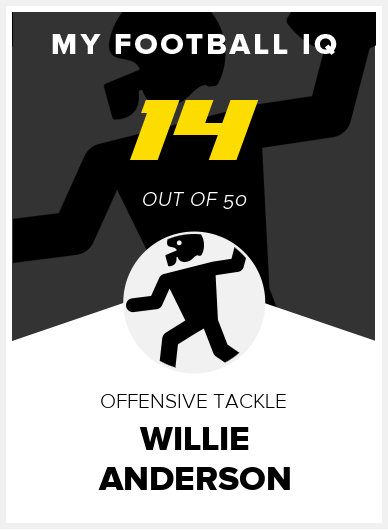