Wayne Madkin was one of the greats in the history of Mississippi State Bulldog football. While he never got drafted by the NFL, which may be, in part, due to the fact that he was a quarterback with a Wonderlic Test Score of 14, Madkin is remembered fondly by the good people who support the Bulldogs. Until 2015, Madkin was the college team's all-time leader in passing yards. He lead the team to three bowl games, including the 2000 Independence Bowl, in which he tossed the winning score during overtime. 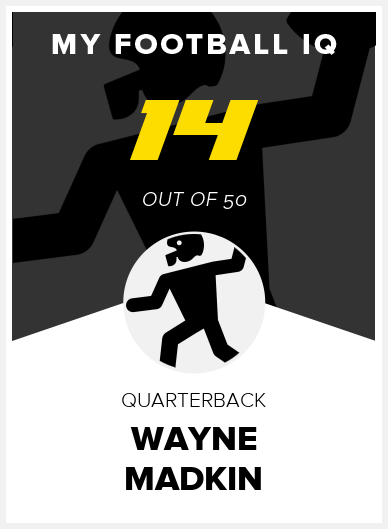