Tim Hasselbeck was a quarterback for Boston College from 1996 to 2000. Hasselbeck earned the starting job at BC in 1999 during his junior season. Over the next two years he won the Big East Offensive Player of the Year Award and the Thomas F. Scanlan Award. He went undrafted in the 2001 NFL draft. His Wonderlic Test Score of 23 was slightly below average for quarterbacks. The average score for a quarterback is 25. Although he didn't earn a spot in the NFL draft he still had a productive career both in the NFL and European League. He played quarterback for eight teams in his six year career, seven NFL teams and the Berlin Thunder. 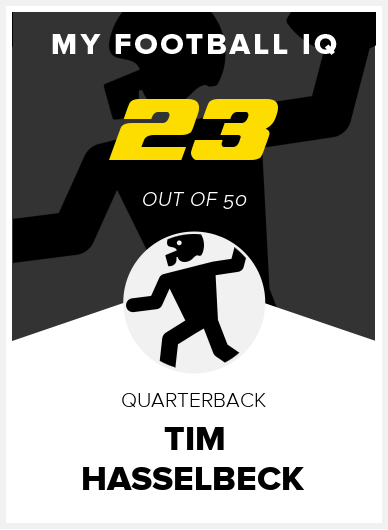