Teddy Bridgewater is currently a quarterback for the Minnesota Vikings in the National Football League, and was drafted in the first round with the 32nd pick by the Minnesota Vikings in 2014. Bridgewater played the same position at the University of Louisville, and has played in 29 of a possible 32 games for the Vikings in the last two seasons, in addition to a playoff game in January 2016. Through two seasons, he has already thrown for 6150 yards and 28 touchdown passes, along with 4 rushing touchdowns. Though he has proven success at professional level, Bridgewater only score a 20 on the Wonderlic Test Score, an average for those who take the test. 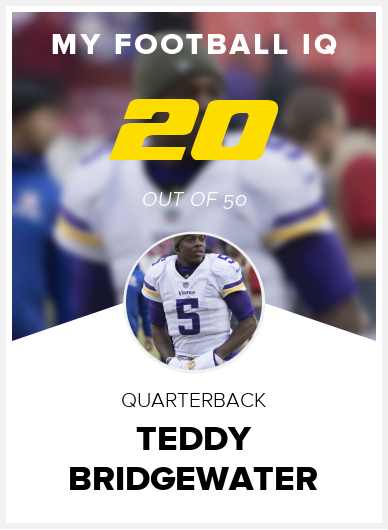