As the NFL Draft draws closer, many franchises have begun their final evaluations on the top prospects. The Wonderlic is a 50-question, 12-minute test this is administered during the NFL Combine weekend. A score of 20 is acceptable, but players that achieved 30 or more are gaining more interest from teams. The results arenêt supposed to be made public, but the scores are usually leaked prior to the draft.

Offensive tackle Taylor Lewan had a score of 21, which didnêt hurt him at all. He was the third offensive lineman selected in the 2014 NFL Draft, as the Tennessee Titans drafted Lewan with the 11th overall pick. Teams loved his aggressive style, which earned him the Big Ten OL of the Year Award in his last two seasons at Michigan. Lewan has all of the physical tools, but his Wonderlic test score of 21 leaves you wanting more from him. 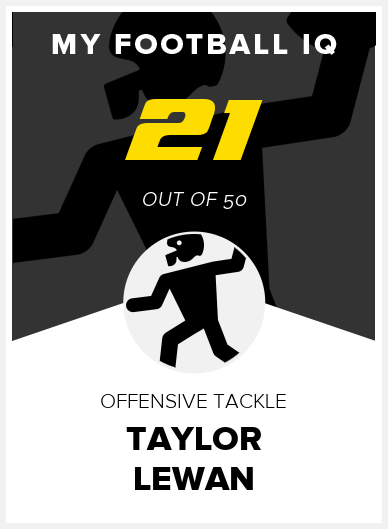