Shaun King is a retired NFL Quarterback who played primarily for the Tampa Bay Buccaneers. King played quarterback at Tulane and had a Wonderlic Test Score of 25. King had a moderate amount of success for the Buccaneers and guided the team all the way to the NFC Championship where they lost to the St. Louis Rams. King had a moderate amount of success throughout his NFL Career. King threw for 4,500 and 27 touchdowns in his NFL Career. 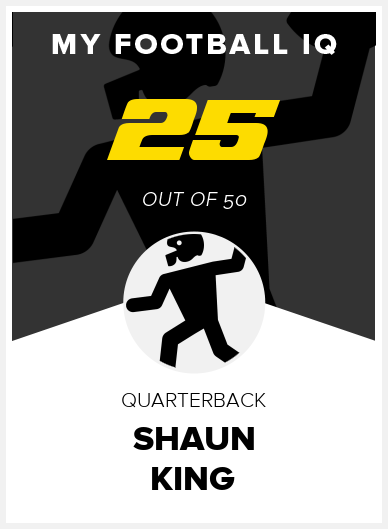