Shane Griggs played football as a true freshman in high school. He then attended Idaho State University. His position was quarterback. During his first year there, he was plagued with injuries. After sitting out a year, he tried playing again. He was known for his ability to think quickly and do well under pressure. He was tall and agile. He had a strong arm. His wonderlic test score was 25. This test measures aptitude and ability to solve problems. The score range on the wonderlic test ranges from 1 to 50. 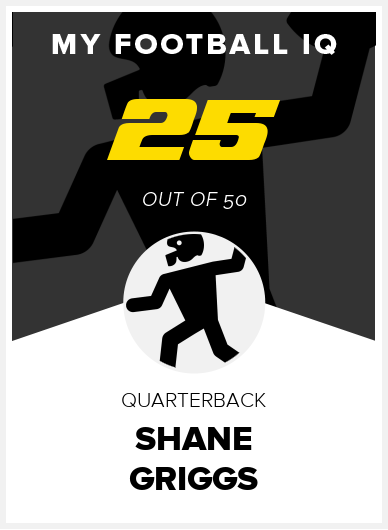