Seneca Sinclair Wallace, also known as Seneca Wallace, was born on August 6th, 1980. He is a former football quarterback who played for the Seattle Seahawks and other teams, where he played as the Numbers 6, 9 and 15. Wallace attended Sacramento City College for his first two years but transferred to Iowa State University for his junior and senior years. He received lots of attention during this time with the Iowa State Cyclones. This was when he crossed back to a 32-yard line and then ran it for a 12-yard touchdown. During his time with Iowa State, he threw 26 touchdowns and 27 interceptions. Seneca Wallace's Wonderlic Test Score is 14. Going through this questionnaire is to test a player's literary skills, which is just like an IQ test. 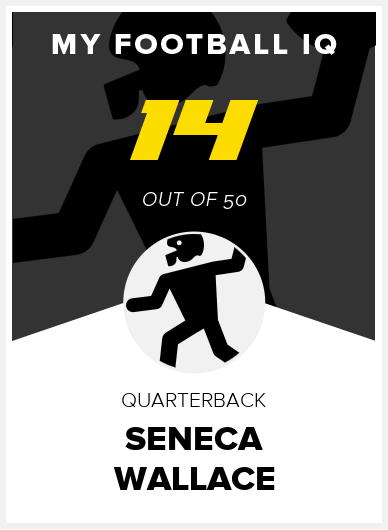