An offensive tackle, Seantrel Henderson was a star at the University of Miami. At the end of his tenure at the school whose graduates fondly call "The U", Henderson possessed a Wonderlic Test Score of 15. In 2014, he was selected by the Buffalo Bills in the draft. In his rookie season, Henderson started all 16 games that the Bills played. He also led all NFL players that year on the scale that rates their output per dollar of salary. 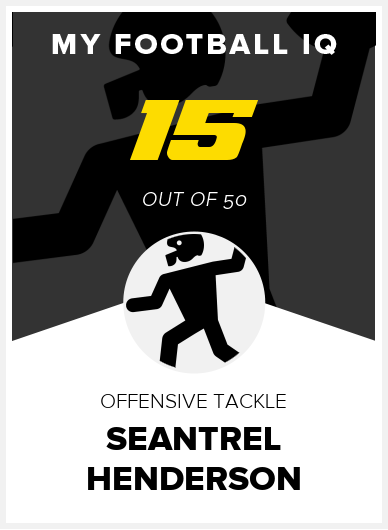