Scott McMullen is a retired professional football player. McMullen has a Wonderlic Test Score of 22. McMullen played the quarterback position during his professional football career. He was born on November 18, 1980 in Granville, Ohio. McMullen played high school football in Granville, Ohio. After graduating from high school, McMullen played college football for the Ohio State University Buckeyes. After college, McMullen entered the 2004 National Football Draft, but he was not Drafted. McMullen was eventually signed to the Philadelphia Eagles, but he was later released. McMullen had a brief career with the Columbus Destroyers following his release from the Philadelphia Eagles. 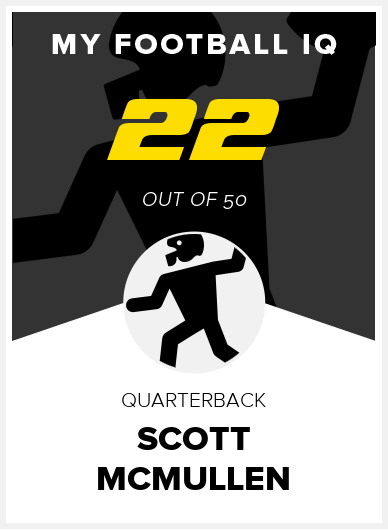