Scott Frost is a retired professional football player with a Wonderlic Test Score of 38. Frost was born on January 4, 1975, in Wood River, Nebraska. Frost initially played college football at Stanford University, but he transferred to the University of Nebraska where he played football for the Cornhuskers. After college, Frost entered the 1998 National Football League Draft, where he was drafted by the New York Jets as the 67th overall draft pick. Frost played for the New York Jets until 2000. Frost later played professional football for the Cleveland Browns, the Green Bay Packers, and the Tampa Bay Buccaneers. Frost played a couple different positions during his professional career, including quarterback and defensive back. After retiring from professional football, Frost began a career in coaching college football. 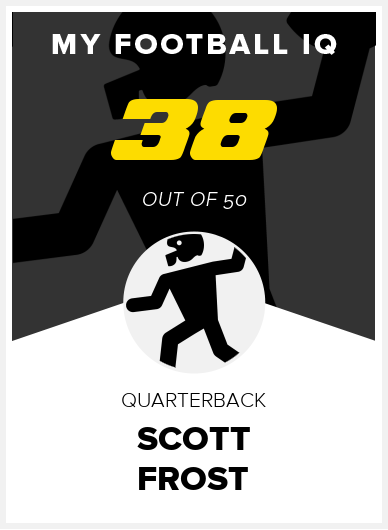