Darnold is a player that has created a buzz among scouts from the moment he made an appearance at the 2018 NFL Combine. His awesome Wonderlic test score of 28, and spectacular athletic ability, have made the youngest quarterback on the list of top picks even more appealing to top NFL teams. Recently, he was visited by the Denver Broncos, who had previously invited Josh Rosen to for an interview, to assess Darnold’s potential value to the team. Also, he’s been generating a lot of buzz among Ravens and Browns fans, and has proven himself a very well-mannered and focused quarterback.

His top skill seems to be an superb focus and precision on the field; he has often been remarked as appearing calm under pressure, and the perfect person to bring a team back from a losing half. Ultimately, his wide array of talents have made him of the utmost utility to his teammates, and have allowed Darnold to create the platform for his own growth. Wherever he may land, his performance and aptitude will beam through the competition. 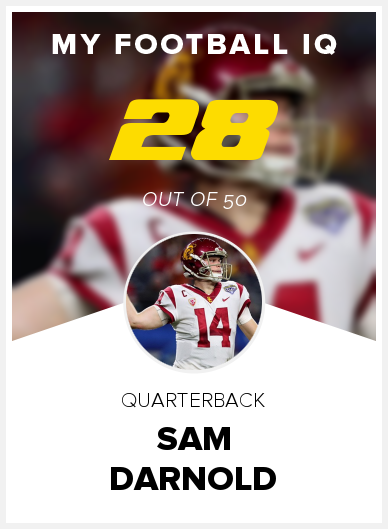