After growing up in Florida and being a dominate high school player, Ryan Shazier made his way to Ohio State. There, he would do so well that he was able to skip his senior season of eligibility and enter the NFL's draft. With a Wonderlic Test Score of 20, inside linebacker was selected in the first round by the Pittsburgh Steelers in 2014. In his first two seasons with the Steelers, Shazier had his ups and downs, but late in the AFC Wildcard game of January 2016, Shazier made a crucial ball strip of Jeremy Hill that led to Pittsburgh's game-winning possession. 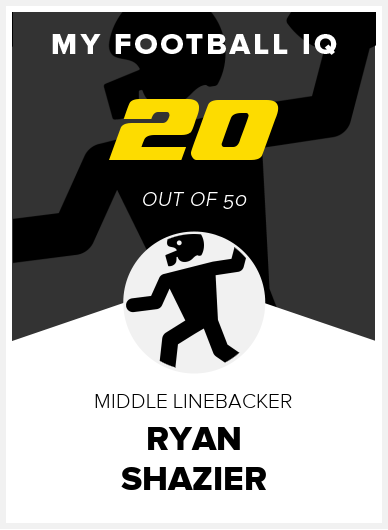