Romario Miller was the quarterback for the University of Mississippi football squad. He held many records as quarterback while he was playing for "Ole Miss" including leading the team to three national bowls and winning two. He was unlucky to precede the outstanding stint of Eli Manning who would go on to achieve greatness in the National Football League and win the Super Bowl. Miller's career was short-lived in the NFL where he served as back-up quarterback, not getting the chance to play in front of the fans.
It is of interest to note that all players must take the Wonderlic test when signing a professional contract. Manning scored a 33 on the 50 question test while Romario Miller received an 11 on the Wonderlic Test Score. 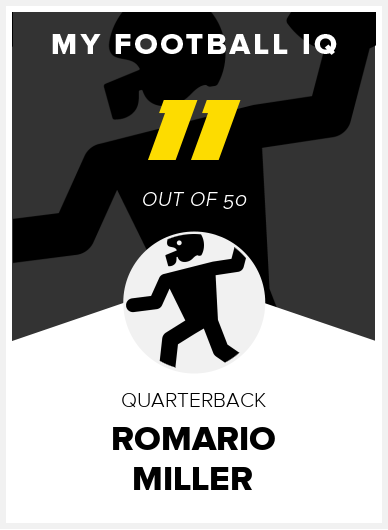