Tight end Rickey Dudley was a stellar tight end for The Ohio State University, from which he entered the 1996 NFL draft with Wonderlic Test Score of 14. Picked ninth in the first round by the Oakland Raiders, Dudley had a career that included nine NFL seasons. From 1996 through 2004, Dudley played for three teams. Collectively, he caught 221 passes and scored 33 touchdowns. Dudley tallied over 3,000 yards in his NFL career, which came to an end when he required hand surgery after the 2004 season. 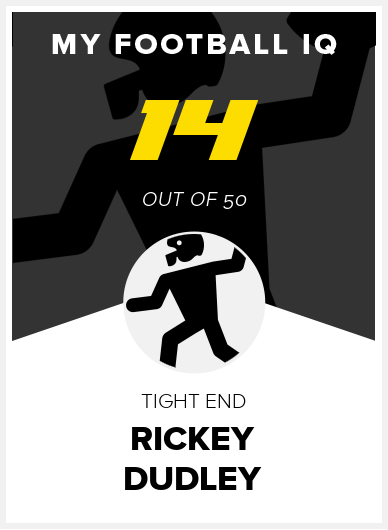