Randy Fasani is a former professional football player with a Wonderlic Test Score of 25. Dasani was boron on September 18, 1978 in Sacramento, California. He played high school football at Del Oro High School in California. Dasani had a total 5,299 passing yards during his high school football career and was named as an All-American high school football player. After high school Fasani played college football at Stanford University. He was the starting quarterback during his last two years at Stanford. After college, Fasani entered the 2002 National Football League Draft. He was drafted by the Carolina Panthers as the 137th overall pick. After one season with the Panthers, Fasani subsequently signed with the Buffalo Bills and the New York Jets. 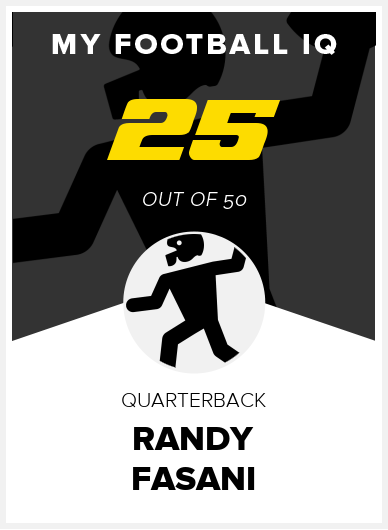