Oscar Davenport is a former college Quarterback for the University of North Carolina; he wore the number twenty nine. In his four years as a Tar Heel, he posted impressive numbers that caught the eyes of NFL talent scouts. The NFL has been testing athletes cognitive abilities with the popular Wonderlic Test now for several years. His Wonderlic test scores were among the worst the NFL had ever seen. His score of 6 is far below the average of 20 and even below what the test considerates a literate score of 10. 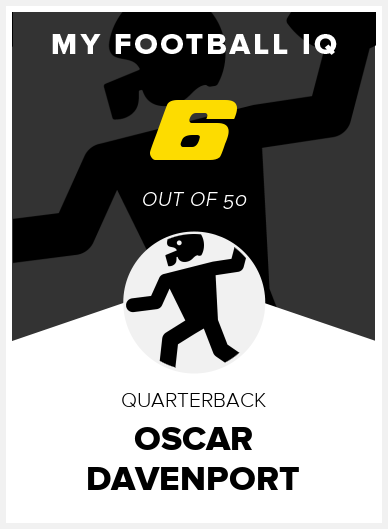