He had a very good score of 38. But that Wonderlic Test Score for aptitude and intelligence did not translate into a successful NFL career for Omar Jacobs. An All-State player at Atlantic Community High School, Jacobs was a Heisman Trophy candidate at Bowling Green before a shoulder injury derailed him. He was the school's all-time touchdown pass leader before entering the NFL Draft in 2006, but only made the practice squads for Pittsburgh, Philadelphia, and Kansas City. Jacobs did find success with the Florence Phantoms of the American Indoor Football Association. In 2008, he threw 56 touchdown passes and led the team to the AIFA Championship. He was also named league MVP. 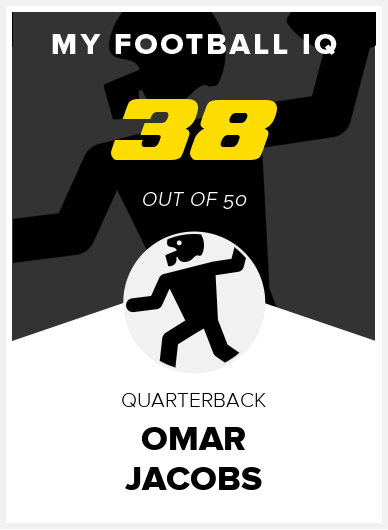