Matt Jones was a star quarterback for the University of Arkansas before he was drafted in 2005 by the Jacksonville Jaguars in 2005. Standing over six feet six inches tall and weighing in at 242 pounds, he amazed his Jacksonville coaches because of his amazing speed. During his first year with Jacksonville, the team chose to make him a wide receiver. He played with Jacksonville for four seasons before he failed to get a contract for one year. He then was hired by the Cinncinati Bengals but failed to make the 53 man roster. He is still an active sports radio broadcaster in Arkansas. His Wonderlic Test Score is 19. 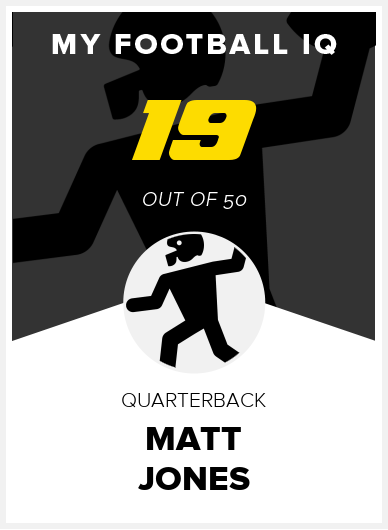