After exiting Syracuse University with Wonderlic Test Score of 19 in 1996, Marvin Harrison played his entire pro football career for the Indianapolis Colts. Harrison made quite a mark in the NFL. He made the Pro Bowl eight straight seasons, he was a champion of Super Bowl XLI and he made the NFL's All-Decade Team for the first decade of the 21st century. Harrison is viewed as one of the greats to play for the Indianapolis Colts, who added his name to their Ring of Honor in 2011. Five years later, Harrison was inducted into the Pro Football Hall of Fame. 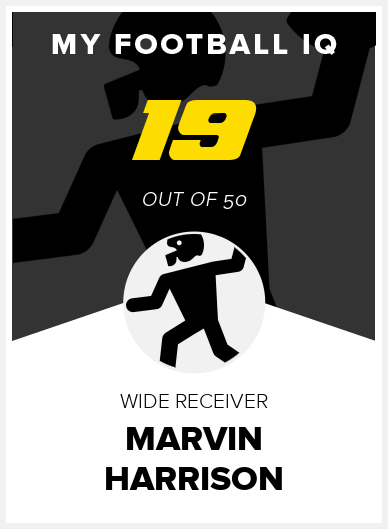