As the Washington Huskies Quarterback, Mark Brunel made a memorable Rose Bowl appearance that earned him a Rose Bowl MVP. With a Wonderlic Test Score of 22 and an average performance at the NFL combine, Brunell was drafted in the 5th round by the Green Bay Packers.

In his 19 year career, Brunell threw for more than 32,000 yards and 184 touchdowns. During his career, he played for the Green Bay Packers, Jacksonville Jaguars, Washington Redskins, New Orleans Saints, and finally, the New York Jets before retiring in 2011. Brunell was most successful during his time in Jacksonville and was elected to three Pro Bowls, winning Pro Bowl MVP in 1997. 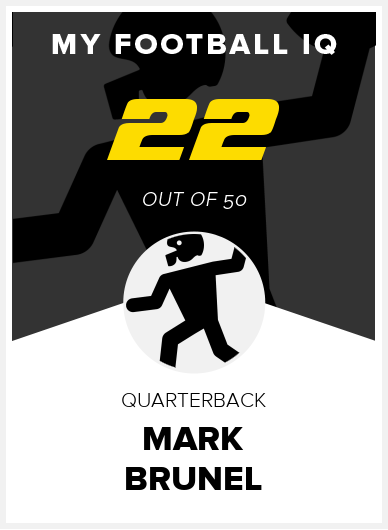