Luke McCown is a professional quarterback who currently plays as a backup for the New Orleans Saints. McCown has played with the Saints since 2013, but has been in the league since he was drafted in the 4th round of the 2004 NFL Draft. McCown was initially selected by the Cleveland Browns, but left the team after one season. He also played for the Tampa Bay Buccaneers, Jacksonville Jaguars, and Atlanta Falcons.

While McCown has largely been playing in a backup role over the course of his career, he did star at Louisiana Tech University. During the NFL Combine he impressed scouts with his strong arm, great vision, and intelligence, which was apparent after he got a 24 as a Wonderlic test score. 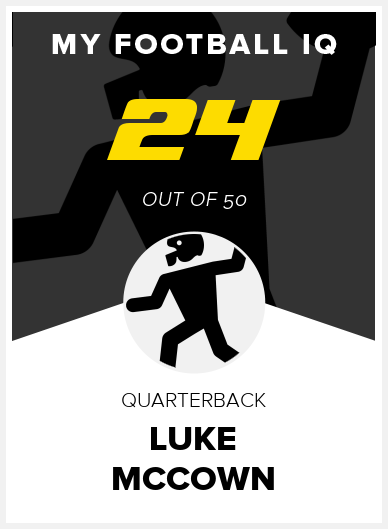