Jackson set the college football scene on fire his freshman year, and has continued to blaze a path of his own design ever since then. The budding quarterback is now believed to be on the way to being picked up by the Baltimore Ravens, making him the fifth quarterback to be drafted in the first few positions of the 2018 NFL Draft. After a less than stellar performance on the NFL Draft Wonderlic test, Jackson reiterated his abilities by proving himself an incredibly fast player, capable of tucking the ball into tight pockets on the field, and making incredibly complex plays fall into place with laserline precision. Many scouts view him as the type of player you can build a team around, someone whose presence will help create a more motivated team that performs on a higher level, and can maintain a consistent rate of achievement.

Overall, the future looks rather promising for Lamar Jackson, especially with the Baltimore Ravens making no attempt to quell the rumors rising around the possibility of Jackson being drafted, leading us to believe that his future with the NFL will be very bright. 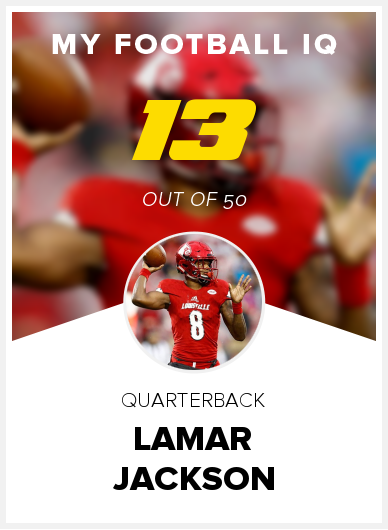