Kyle Van Noy plays for the Detroit Lions as an outside linebacker. He has played for the team since 2014. During the 2014 draft, the NFL draft rated him fourth prospective outside linebacker. His player number is 53. He was born in Reno, Nevada. ESPN ranked him 63rd in a list of best high school athletes. He played college football at Brigham Young University. He received the College Football All-America Team honor in 2012 and 2013. In 2012, he earned the College Football Performance Award twice. College Sports Madness/SB Nation named him Independent Defensive Player of the Year in 2013. His Wonderlic Test Score is 16. 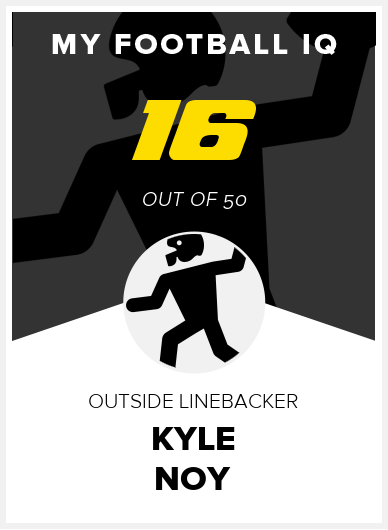