Ken Dorsey was a quarterback for the Miami Hurricanes during their 2001 and 2002 back to back national championship appearances. He was one of the most successful Miami quarterbacks of all time twice winning the Archie Manning Award and NCAA Quarterback of the Year Award. In spite of the fact that his college football career had been so successful he still fell all the way to the 7th round of the NFL draft. Dorsey spent five years in the league with the San Francisco 49ers and the Cleveland Browns but never as more than a backup. His Wonderlic Test Score of 25 places him one point above average for quarterbacks and one point below average for offensive linemen. 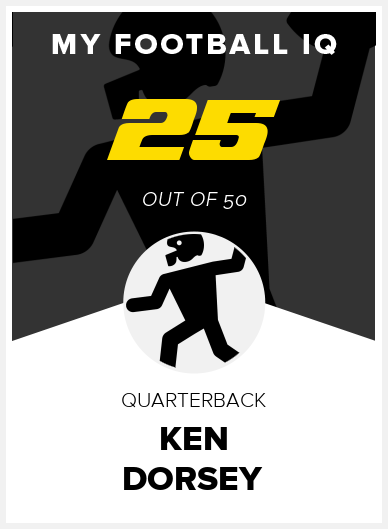