Kellen Clemens is a professional football player that currently plays for the San Diego Chargers. He was drafted in the second round of the 2006 NFL Draft by the New York Jets after starring at the University of Oregon. Clemens was a highly sought-after draft pick thanks to his success in college and strong showing at the NFL combine, which included getting a Wonderlic test score of 35.

Beyond playing for the Jets and Chargers, Clemens as spent time with the Texans, Redskins, and Rams, largely as a backup quarterback. Clemens has passed for over 4,000 yards and 16 touchdown passes, most of which was accumulated during his first few years while playing with the Jets. 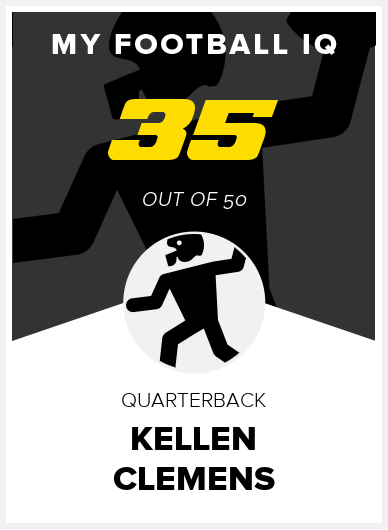