Keith Wenning was drafted in 2014 as the quarter back for the Baltimore Ravens althought he currently plays for the Cincinnati Bengals. He scored a 29 on the Wonderlic Test given by the NFL to judge cognitive abilities for draft purposes. This Wonderlic Test Score is a relatively high number as compared to other quarterbacks. The average score for the quarter back position according to Paul Zimmerman is 24. Wenning was born in 1991 and played his college football at Ball State University. Originally from Ohio, that is also where Wenning played his high school football. Wenning was the first quarter back in the history of Ball State to throw for over 10,000 yards. He beat this record in 2013 with well over 11,000 yards. 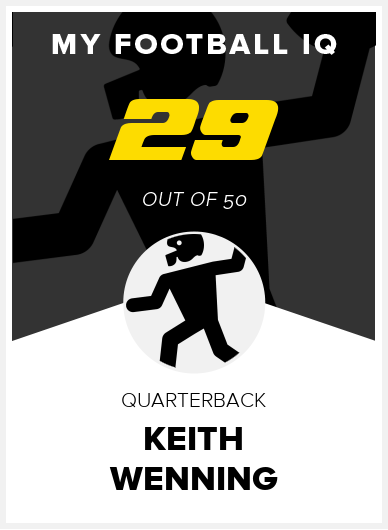