Justin Holland was a former quarterback who played for the Colorado State Rams. Holland is well known in college football for scoring extremely well on the Wonderlic for quarterbacks. Holland, who wore the #8 jersey, was a letterwinner in several sports in High School, and set records for passing yards and touchdowns. Holland was also exceptional in the classroom, boasting a 3.8 GPA. After redshirting his first season at Colorado State, Holland went on to play well, where he became the first player since 1987 to throw for 400 yards in a game. His Wonderlic Test Score of 36 demonstrated his high football IQ and excellent decision making skills. In 2004, Holland suffered a season-ending left ankle fracture which ended his collegiate career. 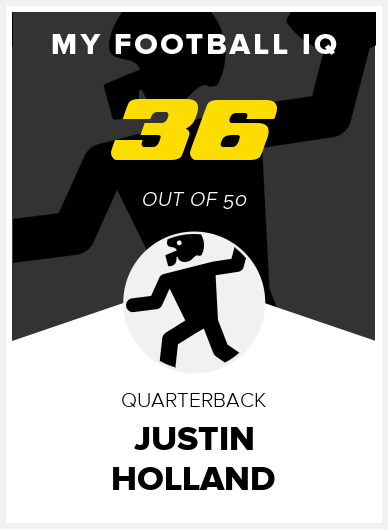