Former NFL quarterback Josh Harris holds a Wonderlic test score of 25 and now focuses on a business that has been likened to a pyramid scheme. While in the NFL, Harris played for the Baltimore Ravens, the Cleveland Browns, and the New York Giants. He also played for the Calgary Stampeders in the Canadian Football League and the Marion Blue Racers and the Columbus Destroyers, both of whom are indoor football teams. Harris was voted the 2003 Motor City Bowl MVP and is a five-time CIFL Offensive Player of the Week. His father is former NFL tight end M.L. Harris. 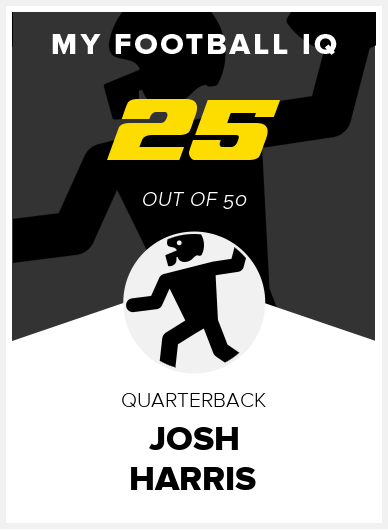