Josh Freeman is a free agent professional football quarterback. He was a first-round draft pick of the Tampa Bay Buccaneers in 2009. He is regarded as a journeyman quarterback, playing for the Miami Dolphins, Indianapolis Colts, New York Giants and Fall Experimental Football Leagueês Brooklyn Bolts. 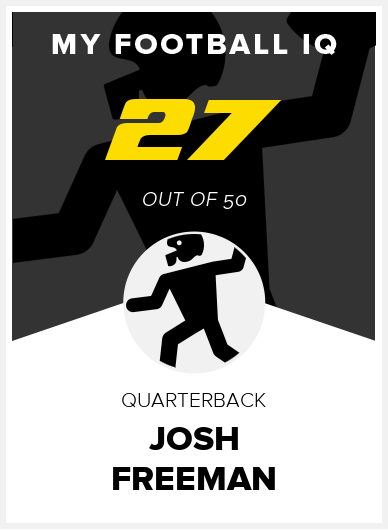