Graduating from Mobile, Alabama's Davidson High School in 2010, Jimmie Ward traveled to Dekalb, IL, and attended Northern Illinois University. While there, he was a leader on the team's defensive side of the line, and he achieved All-MAC Team status in his junior and senior seasons. In 2014, with a Wonderlic Test Score of 17, Ward was drafted in the first round by the San Francisco 49ers. The defensive back was moved to cornerback by the 49ers, and he was their starting slot corner during his second season with the team. 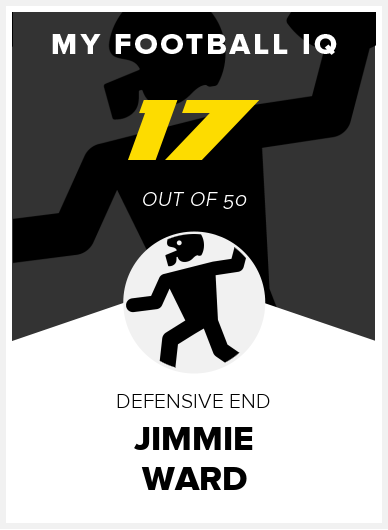