Jim Sorgi is a former NFL Quarterback who played his college ball at the University of Wisconsin. Sorgi had a Wonderlic Test Score of 15. Sorgi was a career backup in the NFL. Sorgi played the majority of his career for the Indianapolis Colts and is best known for being Peyton Manning's backup. Interestingly after Sorgi's tenure with the Indianaplis Colts was over Sorgi signed with the Giants and was slated to be the primary backup for Eli Manning. Unfortunately Sorgi injured his shoulder and never played a down for the Giants. 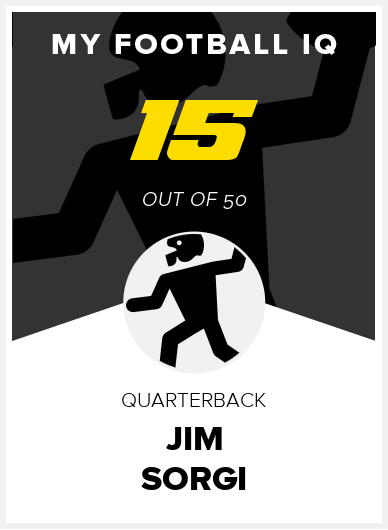