Jesse Palmer was an NFL Quarterback primarily for the New York Giants. Out of the University of Florida and originally hailing from Canada, Palmer had a Wonderlic Test Score of 32. Palmer is not primarily known for his NFL Career. Palmer took a turn on the ABC Television Series, "The Bachelor," and is now a college sports commentator for ESPN. In his limited NFL Career, Palmer threw for 562 yards and 3 touchdowns. Palmer concluded his football playing career with the Montreal Alouettes of the CFL. 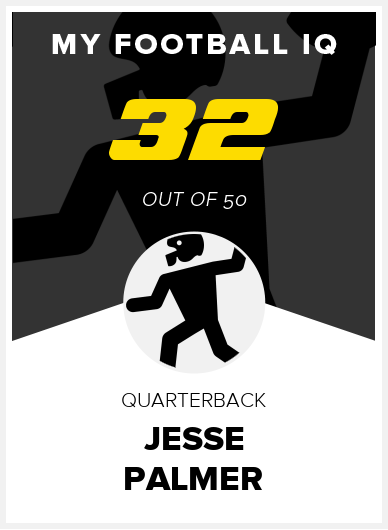