Jeff Blake is a former professional football player that played for seven different teams over the course of 13 NFL seasons. Blake played college football for Eastern Carolina University, a school that is not well known for producing NFL talent. While he came from a smaller school, Blake impressed scouts with his performance at the NFL combine, which included a fast 40-yard time and Wonderlic test score of 17.

Blake was drafted in the 6th round of the 1992 NFL draft by the New York Jets, but he left the team after two seasons. From 1994-1999 Blake was a major contributor for the Cincinnati Bengals. His best season came in 1995 when he was named to the AFC Pro Bowl team. 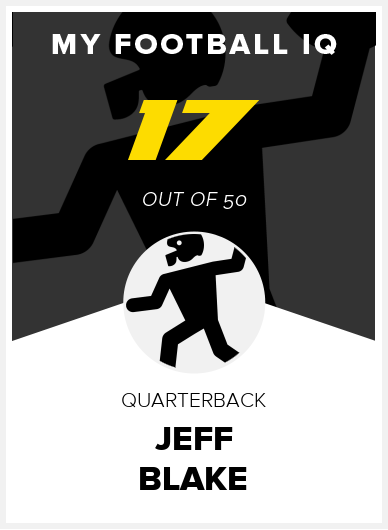