Jason White is a former quarterback, who is best known for playing for the University of Oklahoma. White had a tremendous amount of success while he was in college. His main accomplishments included winning the Heisman Trophy in 2003, being named a unanimous All-American player, and being named the winner of the Davy OêBrien Award.

While White was very successful in college, he was not highly sought after by NFL teams. White performed well at the NFL combine in some areas, including the Wonderlic test score, in which he scored a 26. White went undrafted after finishing college football, but he was signed for tryouts with both the Tennessee Titans and Kansans City Chiefs, but never made the roster. 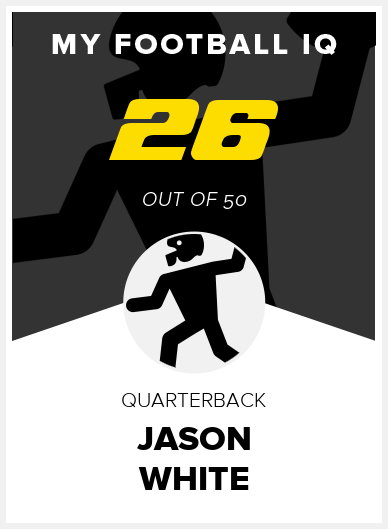