After playing at Notre Dame, Jarius Jackson went to the NFL as a quarterback for the Denver Broncos. After spending four seasons, he had played in only five games. He then spent a short period playing for the NFL Europe at Barcelona where he found success easier playing in the 2001 World Bowl. He then went to the British Columbia Lions where he played for eight years before moving to Toronto where he won three Gray Cups. He then went on to coach at Edmonton before moving to Saskatchewan. His Wonderlic Test Score is 18 but he obviously has a solid understanding of the game of football. 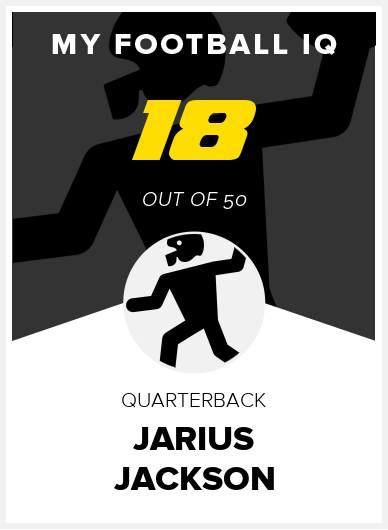