Jack Mewhort is a professional football player who currently plays the offensive guard position. He has a Wonderlic Test Score of 36. Mewhort was boron on September 30, 1991 in Toledo, Ohio. He played high school football at St. John's Jesuit High School in Toledo. After high school Mewhort played college football for the Ohio State University Buckeyes. During his college football career he was recognized as an All-American college football player by ESPN. After leaving the Ohio State University, Mewhort entered the 2014 National Football League Draft. He was drafted by the Indianapolis Colts as the 59th overall pick. Mewhort is currently an active member of the Colts roster. 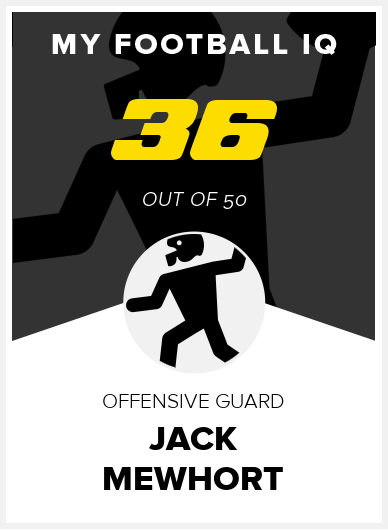