Ingle Martin has a history as a quarterback for NFL teams. He played for three seasons. In high school in Tennessee, he lettered in four sports, which were football, basketball, baseball and soccer. He attended the University of Florida with an athletic scholarship. He later transferred to Furman University and played there for two seasons. In 2006, he was chosen in the fifth round of the NFL draft. He was chosen by the Green Bay Packers. They released him in 2007, and he was later signed to three other NFL teams, which were the Tennessee Titans, the Kansas City Chiefs and the Denver Broncos. He briefly played for the United Football League. His Wonderlic test score is 30. 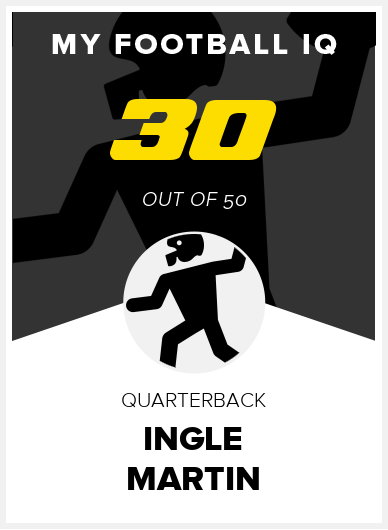