Heath Shuler grew up in North Carolina and played his college ball for Tennessee. As a Volunteer, he became known as a great quarterback. By 1993, he was nationally famous, and he was one of the top finishers for the Heisman Trophy, which was won by Charlie Ward. In 1994, the Washington Redskins drafted Shuler. At that time, his Wonderlic Test Score was measured at 16. Despite being seen as the quarterback who would right the ship for the Redskins, Shuler spent only three seasons with the team. After one season with the New Orleans Saints and a failed attempt to make the roster of the Oakland Raiders, Shuler was out of football. He tossed 15 touchdowns in the NFL. 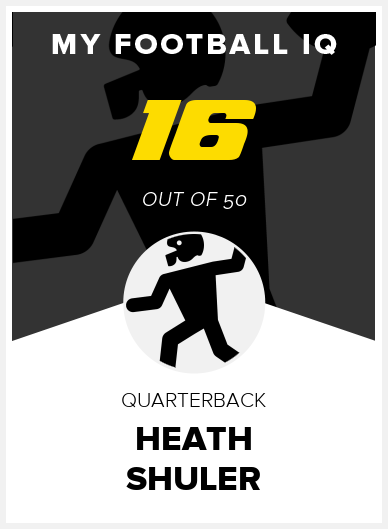